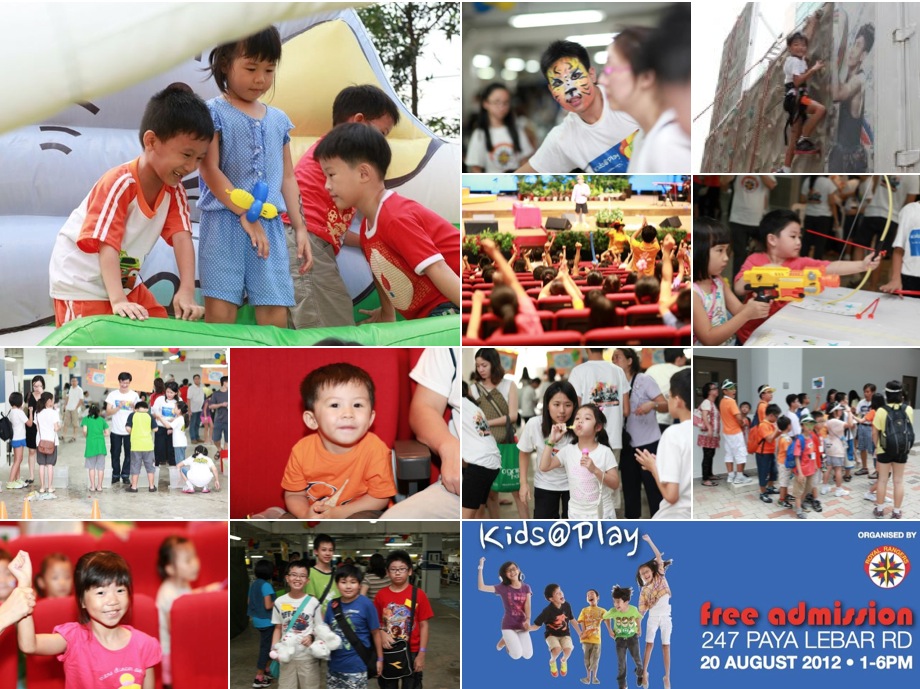 20th August 2012 was a special day for 508 children across Singapore: They made Heaven rejoice with their decision to accept Jesus as their Lord and Saviour during Kids@Play – Royal Rangers, Singapore’s inaugural nation-wide child evangelism event.

The idea was simple: Set-up a most compelling carnival for pre-believing children to encounter Jesus at its Bible Showtime. The children came and played. They were enthralled by the bouncy castles, the 100Plus Challenge Transformer truck – with its rock-wall, basketball hoop, and a Kinect game station. They reveled in the activities at the Bible Showtime presented by Uncle Sam Productions and Pastor Rob Bradbury. 508 children responded to Jesus that afternoon. Every Royal Ranger was blessed. The pre-event prayer and fasting sessions united the hearts of all the Royal Rangers in Spore to focus on the vision that God had placed upon Royal Rangers Singapore. The seemingly mammoth task of organizing the event faded into the background. Every Royal Ranger gave their utmost and served with joy. Kids@Play empowered our Discovery, Adventure and Expedition Rangers to lead, to serve; and, most importantly, participate in the Great Commission.

National Commander Chia Eng Kiat, recalled Royal Rangers, Singapore’s experience with Kids@Play: “When the Lord planted the seed in our hearts to do Kids@Play in January 2010, Royal Rangers had never ever done any event of such scale or any nationwide event. We did not know what to do or what to expect. We did not even know where to begin. What if the kids don’t come? But the Lord assured us that Kids@Play is His show. We just have to be faithful and do our part. God will take care of everything. It was our journey of faith with Him.”

In His own time, God had put every resource and person for Kids@Play in its place. Kids@Play united Royal Rangers from the Assemblies of God, Baptist and Brethren churches together in a faith project – in obedience to God’s call to Royal Rangers, Singapore. He brought the children and flooded the day with joy. Thee crowd was overwhelming. There was much laughter and excitement around the carnival. And, in a dazzling finale, He brought 508 children to Himself – to be nurtured and raised by the participating churches for His Glory as leaders of influence in the next generation. “Let the children come…”. Amen.

Get more information and photos, visit the Kids@Play facebook page

No words can describe our gratitude to each and every Royal Rangers who served at Kids@Play. Seeing your dedication, passion, patience, unwavering, untiring spirit to touch every kid that comes to your booth moved us and heaven.

We are humbled by the whole Kids@Play experience and the journey has been a tough one but we saw and experience God’s miracle unfold each step of the way.

Friends, heaven is rejoicing with the decisions that were made to accept Christ, hundreds and hundreds of hands were raised.

You all make serving God, our Master Ranger so fun, meaningful and fulfilling.